In Bad Language, Naked Ladies, & Other Threats to the Nation: A Political History of Comic Books in Mexico, Anne Rubenstein argues, “The postrevolutionary period did, in fact, see cultures in conflict ... Read full review 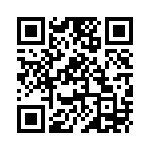