Eikoh Hosoe was born in the Yamagata Prefecture of Japan in 1933. Today he remains one of Japan's most important artists, not only for his own work but also as a teacher and as an ambassador fostering artistic exchange between Japan and the outside world. He is the founder and director of the Kiyosato Museum of Photographic Arts and professor of photography at the Tokyo Institute of Polytechnics. Hosoe lives in Tokyo and is represented by the Howard Greenberg Gallery in New York.

Donald Keene was born in Brooklyn, New York on June 18, 1922. He received a bachelor's degree in 1942, a master's degree in 1947, and a doctoral degree in 1951 from Columbia University. During World War II, he served as an intelligence officer in the Navy and worked translating for Japanese prisoners. He taught at Columbia University for 56 years and was named the Shincho Professor of Japanese Literature in 1986 and University Professor Emeritus. Keene is considered to be a "Japanologist". He has written, translated, or edited numerous books in both Japanese and English on Japanese literature and culture including The Pleasures of Japanese Literature, Essays in Idleness, So Lovely a Country Will Never Perish: Wartime Diaries of Japanese Writers, Three Plays of Kobo Abe, Twenty Plays of the No Theater, and The Breaking Jewel. His awards include the Kikuchi Kan Prize of the Society for the Advancement of Japanese Culture, the Japan Foundation Prize and the Tokyo Metropolitan Prize. Soon after the 2011 Tohoku earthquake and tsunami, Keene retired and moved to Japan with the intention of living out the remainder of his life there. He acquired Japanese citizenship, and adopted a Japanese legal name. This required him to relinquish his American citizenship, as Japan does not permit dual citizenship.

Shuzo Takiguchi was a poet and art critic, credited for having introduced Surrealism to Japan at the end of the 1920s. 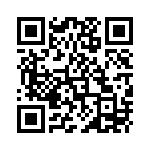