Robert Lawrence Stine, R. L. Stine was born on October 8, 1943, and grew up poor in Columbus Ohio. He began writing short stories and joke books when he was nine years old. He wrote his first book when he was a senior in high school, and he also wrote for the high school newspaper. Stine attended Ohio State University and after he graduated, he went to New York City, working a variety of writing jobs. Stine is the well-known author of the Goosebumps and Fear Street Series. He was also head writer for the Nickelodeon show called Eureka's Castle for three years. Under the pseudonym Jovial Bob, Stine shows his comedic side writing "101 Silly Monster Jokes" and "Bozos on Patrol." An avid reader still, Stine read a lot of science fiction as a child and was greatly inspired by authors like Ray Bradbury and Isaac Asimov. At the age of 28, his first book was published, "How to Be Funny." Stine produced two books a month - one each for the Goosebumps and the Fear Street Series. He says it takes him about eight days to write a Goosebumps book and twelve days to write a Fear Street book. Children love his books because his writing is simple and clear. He keeps his characters believable and shows what happens, in his Goosebumps stories, through the eyes of the main character. He has also written a scary novel for adults entitled "Superstitious" but his main focus continues to be writing for children. 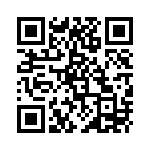