It's a classic for a reason

Some books are tethered to a particular time and age and are very helpful and useful at the time. But, the Lord, every so often, uses someone that seemingly transcends the time and helps us see the timeless. Stott's "Basic Christianity" is one of those books. Read full review

John Stott (1921 2011) was rector emeritus of All Souls Church, Langham Place, London, and founder of the London Institute for Contemporary Christianity. His many other books include The Cross of Christ, Your Mind Matters, and The Radical Disciple.

Evangelical pastor Richard Duane "Rick" Warren was born in San Jose, California on January 28, 1954. He received a Bachelor of Arts degree from California Baptist University, a Master of Divinity degree from Southwestern Baptist Theological Seminary, and a Doctor of Ministry degree from Fuller Theological Seminary. He worked at the Texas Ranch for Christ before founding the megachurch Saddleback Church in Lake Forest, California in 1980. He has written or co-written several books including The Purpose Driven Church, The Purpose Driven Life, and The Daniel Plan Cookbook: Healthy Eating for Life. He has lectured as a theologian at many universities and seminaries and was chosen in 2008 by President-elect Obama to give the invocation at his inauguration ceremony. 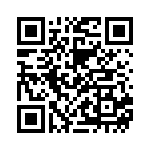