how long did this take you
wow you need more credit than what you are gettin'
wow wow I feel sick thinking about if I had to write this,
well done man much description!

P. J. Marshall is Emeritus Professor of History at King's College, London, where he taught the history of empire from 1959-93. He was born in Calcutta, educated at Oxford, and is a Fellow of the British Academy. His numerous publications include The Impeachment of Warren Hastings; The British Discovery of Hinduism; East Indian Fortunes; and Bengal, the British Bridgehead. Professor Marshall is an associate editor of The Writings and Speeches of Edmund Burke. 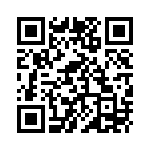