This book is far from perfect. The writing is clumsy, the character development is implausible and often non-existent (leading to confusion over their motives and occasional disinterest), and the ... Read full review

David Lindsay has previously published several books, including "The Patent Files: Dispatches from the Frontiers of Invention and "Madness in the Making: The Triumphant Rise and Untimely Fall of America's Show Inventors . He has also written for "New York Press, American Heritage, The Village Voice, The Wall Street Journal and "The American Experience. In addition to being a successful historian, he is also a founding member of the music groups the Klezmatics and They Might Be Giants. David Lindsay lives in New York City 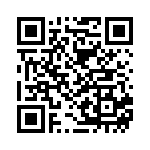