Si Sheppard graduated this year with a Ph.D. in political science from Johns Hopkins University. He currently teaches American Government at Long Island University in Brooklyn, New York. This is his second Osprey title in a projected trilogy detailing the fall of the Roman Republic and the rise of the Empire.

Peter Dennis was born in 1950. Inspired by contemporary magazines such as Look and Learn he studied illustration at Liverpool Art College. Peter has since contributed to hundreds of books, predominantly on historical subjects, including many Osprey titles. A keen wargamer and modelmaker, he is based in Nottinghamshire, UK. 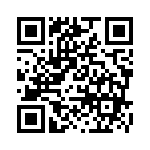