Caroline Alexander is the author of seven books of non-fiction including the international bestsellers The Endurance: Shackleton's Legendary Antarctic Expedition and The Bounty: The True Story of the Mutiny on the Bounty. A contributing writer for National Geographic Magazine, Alexander has also written for the New Yorker, Smithsonian and Granta among other publications. Alexander's latest books are Lost Gold of the Dark Ages: War, Treasure and the Mystery of the Saxons and The War That Killed Achilles: The True Story of the Iliad and the Trojan War. Between 1982 and 85, Alexander established a department of Classics at the University of Malawi, in central-east Africa. 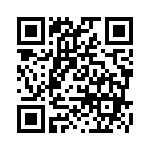