Beautiful photography which will satisfy any history buff or anybody studying contemporary culture. Read full review

James Robert Parish, a former entertainment reporter and publicist, is the author of more than 90 books. A well-known authority on show business, he appears frequently as an expert on A&E's "Biography" and E! Television's "Mysteries and Scandals," as well as numerous other network and cable television documentaries. 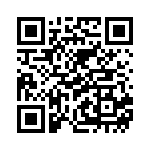