David Halberstam is one of America's most distinguished journalists and historians, a man whose newspaper reporting and books have helped define the era we live in. He graduated from Harvard in 1955, took his first job on the smallest daily in Mississippi, and then covered the early civil rights struggle for the Nashville Tennessean. He joined The New York Times in 1960, went overseas almost immediately, first to the Congo and then to Vietnam. His early pessimistic dispatches from Vietnam won him the Pulitzer in 1964 at the age of thirty. His last twelve books, starting with The Best and the Brightest and including The Powers That Be, The Reckoning, and The Fifties, have all been national bestsellers. This is his seventeenth book. He is a member of the elective Society of American Historians. 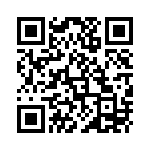