This is already a classic. Well written and straight to the point. It looks less mathematical than previous editions but it covers a wider range of topics. Be aware of the many typos, though. Read full review

Excellent.
Perfect for beginners and intermediates!

DANIEL L. HARTL is Higgins Professor of Biology at Harvard University, USA. He has been honoured with the Samuel Weiner Outstanding Scholar Award and Medal, the Medal of the Stazione Zoologica Anton Dohrn, and is an elected member of the National Academy of Sciences and the American Academy of Arts and Sciences. In addition to more than 300 scientific articles, Hartl has authored or co-authored 24 books.

ANDREW G. CLARK is Professor of Population Genetics at Cornell University, USA. His research focuses on the genetic basis of adaptive variation in natural populations, with emphasis on quantitative modeling of phenotypes as networks of interacting genes. He was elected Fellow of the American Association for the Advancement of Science in 1994, and serves on review panels for the NIH, NSF, and the Max Planck Society. He is also on the Advisory Council for the National Human Genome Research Institute. 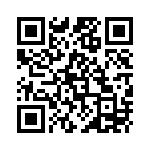