Dennis F. Kelley, PhD, is a visiting professor in the Department of Religious Studies at the University of Missouri, Columbia, MO. 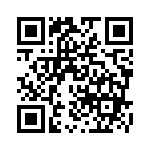