Maria Kanellou was born in Athens and studied at the National and Kapodistrian University of Athens and at UCL. She is currently Research Fellow at the Academy of Athens and has previously worked at UCL, KCL, the University of Kent, and OUC. She has co-organized various international conferences focusing on Greek epigram and Theocritus and is currently working on the publication of the proceedings; her doctoral thesis, which offers a diachronic and motif-based analysis of erotic epigram, is also under contract for publication by OUP. Ivana Petrovic was born in Belgrade and studied at Belgrade University, Ruprecht-Karls Universität Heidelberg, and Justus-Liebig Universität Giessen. She has taught at Heidelberg, Giessen, and, most recently, at Durham University, and is now Hugh H. Obear Professor of Classics at the University of Virginia. Her research interests embrace ancient Greek literature, religion, and cultural history, and also South-Slavic traditional oral poetry, with a particular focus on the interaction between the texts and their historical, religious, and social contexts. Chris Carey was born in Liverpool and educated at Jesus College, Cambridge. He has worked at Cambridge, the University of Minnesota, Carleton College, St Andrews, Royal Holloway, and UCL, and has also taught in the Netherlands, Hungary, Greece, and Serbia. He has published on Greek lyric poetry, epic, drama, oratory, and law and is currently working on a commentary on Book 7 of Herodotus' History. He was elected Fellow of the British Academy in 2012. 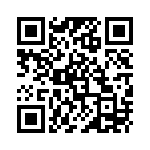