Gavin Weightman is an experienced television documentary-maker (producer/director/writer), journalist and author of many books such as The Making of Modern London: 1815–1914, The Making of Modern London: 1914–1939, London River, Picture Post Britain and Rescue: A History of the British Emergency Services (Boxtree). His first book for HarperCollins, The Frozen Water Trade, was published in February 2002 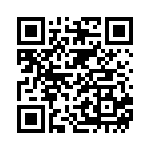