George Ancona was born December 4, 1929 in Brooklyn , NY. When he finished high school, he went to Mexico for six months to meet his family. He returned to New York and went to work as a graphic designer. Ancona began taking pictures of his children, and decided that photography would be his hobby. After ten years he quit his job and become a professional photographer. From these photos, he began to make children's books using the words of other writers. After several books, his editor asked him to try his own hand at writing Since then, Ancona has produced more than eighty books for children. Ancona's awards include a Best Illustrated Children's Book of the Year Citation for Handtalk Birthday, a Parent's Choice Award for The Pińata Maker, and an Outstanding Science Trade Book Citation for The Golden Tamarind Comes Home. 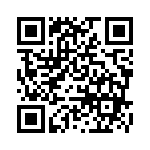