Salvo's relationship with Livia is almost over. He's fallen for an art dealer in town. In the meantime he's dealing with an assault on a merchant's wife, and arms traffickers. This latter bit ... Read full review

A Beam of Light is vintage Camilleri. From the inimitable Catarella's knowledge of Latin to Montalbano's "friendship" with a crab down at the end of the jetty, Camilleri knows how to make readers ... Read full review

Andrea Camilleri is one of Italy's most famous contemporary writers. His books have sold over 65 million copies worldwide. He lives in Rome. The Inspector Montalbano series, which began with The Shape of Water, has been translated into thirty-two languages and was adapted for Italian television, screened on BBC4. The Potter's Field, the thirteenth book in the series, was awarded the Crime Writers' Association's International Dagger for the best crime novel translated into English. In addition to his Inspector Montalbano novels, he is also the author of two historical novels set in Vigŕta, The Hunting Season and The Brewer of Preston. 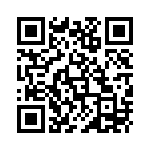