Alan Dixson was educated in England at the University of Nottingham, where he obtained a BSc in Zoology (1970) and at the University of Birmingham Medical School, where he was awarded a PhD (1973) and a DSc in Biological Sciences (1993). His research has involved comparative studies of reproductive biology and the evolution of sexuality in primates and in other mammals. He has held posts at the Zoological Society of London (1976-1983), Medical Research Council UK (1983-1999), International Medical Research Centre in Gabon (1989-1992), Sub-Department of Animal Behaviour, University of Cambridge (1993-1998) and was Director of Conservation and Science at the Zoological Society of San Diego in the USA (1999- 2005). He is currently a professor in the School of Biological Sciences at Victoria University of Wellington, in New Zealand. Alan Dixson has authored, or co-authored, more than 140 papers and books. 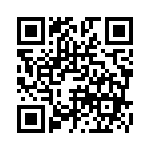