Page 36 - All this was in the two plague years of 1665 and 1666, for in those days I was in the prime of my age for invention, and minded mathematics and philosophy more than at any time since.
Appears in 219 books from 1845-2008
Page 37 - ... at spring and fall of the leaf, at which times he used to employ about six weeks in his elaboratory, the fire scarcely going out either night or day; he sitting up one night and I another, till he had finished his chemical experiments, in the performance of which he was the most accurate, strict, exact.
Appears in 52 books from 1803-2007
More
Page 37 - He kept neither dog nor cat in his chamber, which made well for the old woman his bedmaker, she faring much the better for it, for in a morning she has sometimes found both dinner and supper scarcely tasted of, which the old woman has very pleasantly and mumpingly gone away with.
Appears in 22 books from 1803-2006
Less 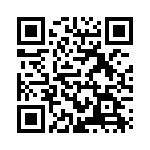