A sweeping, literate history of a nation that the English-speaking powers have found vexatious and puzzling—but certainly never boring.François Mitterand, the socialist president of France from 1981 ... Read full review

Alistair Horne is the author of eighteen previous books, including A Savage War of Peace: Algeria 1954–1962, The Price of Glory: Verdun 1916, How Far from Austerlitz?: Napoleon 1805–1815 and the official biography of British prime minister Harold Macmillan. He is a fellow at St. Anthony's College, Oxford, and lives in Oxfordshire. He was awarded the French Légion d'Honneur in 1993 and received a knighthood in 2003 for his work on French history. 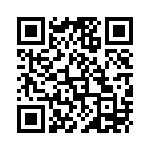