Fifty-year resident of Beirut and long-time former Middle East correspondent of the Guardian, David Hirst has lived through or reported on most of the events he describes in Beware of Small States. The Gun and the Olive Branch, his seminal history of the Arab-Israeli conflict, was first published in 1977 and updated in new editions in 1984 and 2003. 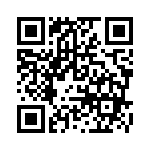