Amusing light comedy. Most of the British idioms can be understood in context. Young naive woman works as preceptor for newly-released con. Read full review

John Mortimer is a novelist, playwright and former practising barrister. Among his many publications are several volumes of Rumpole stories and a trilogy of political novels (Paradise Postponed, Titmuss Regained and The Sound of Trumpets) featuring Leslie Titmuss. Sir John received a knighthood for his services to the arts in 1998. 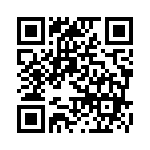