Karma Phuntsho was trained to be a Khenpo, a Tibetan monastic abbot, for about a dozen years during which he studied, practiced and taught Buddhism in several monasteries in Bhutan and India. In 2003, he received a PhD in Oriental Studies from Balliol College, Oxford. He currently works at the University of Cambridge and the Centre National de la Recherche Scientifique (CNRS), Paris as post-doctoral researcher specializing in Buddhism and Bhutan. His main interest lies in the preservation and promotion of Buddhist and Bhutanese culture. 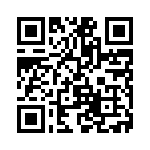