I've heard of Dorie Greenspan for a few years now, but this was my first time reading one of her books (thanks to a borrow through Prime Reading). I now understand the buzz around her cooking. She ... Read full review

Very nice book. Am giving as a gift to my daughter who just returned from Paris. Read full review

Inducted into the Who’s Who of Food and Beverage in America, DORIE GREENSPAN is the author of the James Beard Award–winning Baking: From My Home to Yours. She worked with Jean-Georges Vongerichten in his first U.S. kitchen and was Elle magazine’s first food writer, recipe tester, and translator. With Pierre Hermé, Dorie wrote Desserts by Pierre Hermé, winner of an IACP Cookbook of the Year Award, and Chocolate Desserts by Pierre Hermé, winner of the Gourmand prize for best cookbook in the English language. She is a contributing editor for Parade, a longtime special correspondent for Bon Appétit, and frequent guest on NPR. 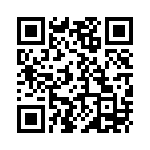