DRAWING IN THE DUST

Review: Drawing in the Dust

Cheesy plot and clunky writing but I was still sucked in. Read full review

ZOË KLEIN pursued the rabbinate out of a passion for ancient texts, mythology, liturgy and poetry. ZoË Klein has written for Harper’s Bazaar, Glamour, and Tikkun. She has written chapters in a number of collections including The Women’s Torah Commentary and Holy Ground: A Gathering of Voices on Caring for Creation. Her poetry and prayers are used in houses of worship around the country and has appeared as a commentator on the History Channel in “Digging for the Truth.” She lives with her family, where she is the senior rabbi of a large congregation. 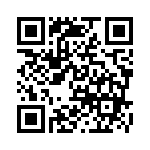