Page 4 - is to be said concerning so strange a metamorphosis ? Are the two lesser stars consumed after the manner of the solar spots ? Have they vanished...
Appears in 28 books from 1852-2007
Page 4 - I do not know what to say in a case so surprising, so unlocked for, and so novel. The shortness of the time, the unexpected nature of the event, the weakness of my understanding, and the fear of being mistaken, have greatly confounded me.
Appears in 33 books from 1852-2007
More
Page 3 - The fact is that the planet Saturn is not one alone but is composed of three, which almost touch one another and never move nor change with respect to one another. They are arranged in a line parallel to the zodiac, and the middle one is about three times the size of the lateral ones.
Appears in 13 books from 1962-2007
Less

Saturn, the ‘ringed planet’, was first inspected close-up by NASA’s Pioneer 11 space probe in 1979. The two Voyager spacecraft followed up in 1980 and in 1981, but as ‘fly-bys’ these craft had only a limited time to study the planet, its rings and its many moons. Now, after a seven-year interplanetary voyage, the Cassini-Huygens mission, which is a joint venture by NASA and Europe, is due to enter orbit around Saturn in July 2004 to make an in depth survey. In December it will release the Huygens probe, which will dive into the clouds of Saturn’s largest and most enigmatic moon, Titan, and land on its surface, a month later.

The author’s highly successful first book on this topic, ‘MISSION TO SATURN – Cassini and the Huygens probe’ presented a review of our state of knowledge and looked forward to the arrival of the new spacecraft. Published in September 2002, this book has sold to date 1,090 copies worldwide (726 USA, 364 ROW). 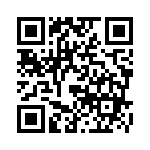