Carl T. Bergstrom is a professor in the Department of Biology at the University of Washington in Seattle and a member of the external faculty at the Santa Fe Institute. He received his undergraduate degree in 1993 from Harvard University where he worked with Naomi Price and David Haig, and his PhD in 1998 from Stanford University where he worked with Marc Feldman. His postdoctoral work was done with Bruce Levin at Emory University. Dr. Bergstrom's research uses mathematical models and evolutionary theory to understand biological and social processes on scales from intracellular information processing to the population-wide spread of emerging infectious diseases. In addition to teaching the undergraduate evolution course at the University of Washington, Dr. Bergstrom teaches courses on evolution and medicine, game theory and animal behavior, and mathematical biology.

Lee Alan Dugatkin is a professor and Distinguished University Scholar in the Department of Biology at the University of Louisville. His main area of research is the evolution of social behavior. He is currently studying the evolution of cooperation, aggression, antibiotic resistance, risk-taking behavior, and the interaction between genetic and cultural evolution. Dr. Dugatkin is the author of over 145 articles on evolution and behavior in journals such as Nature and The Proceedings of the National Academy of Sciences and several trade monographs on the evolution of cooperation and the history of science. He is also the author of Principles of Animal Behavior, Second Edition. 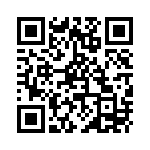