Joseph F. Byrnes is Professor of Modern European History at Oklahoma State University. He is the author of Catholic and French Forever: Religious and National Identity in Modern France (Penn State, 2005). 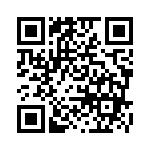