? ".....what this book Is NOT. It is not a complete history of the great crime of the nineteenth century--the assassination of Abraham Lincoln. Nor is it a biography of his murderer, John Wilkes Booth ... Read full review

An excellent addition to any Civil War historian's collection. Many of the items and pictures included have either never been seen before in book form before or are presented in a new light. Most ... Read full review

James Swanson is the Edgar Award-winning author of the New York Times bestseller Manhunt: The 12-Day Chase for Lincoln’s Killer. Born on Lincoln’s birthday, he has studied and collected books, documents, photographs, art, and artifacts from Abraham Lincoln’s life—and death—since he was ten years old. 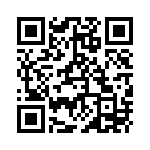