E. Paul Roetert, Ph.D., is the Managing Director of the United States Tennis Association's Player Development Program. In addition, he serves as Tournament Director of the U.S. Open Junior Tennis Championships. Before re-joining the USTA in November, 2001, Roetert spent two years as the Executive Director of the American Sport Education Program. Prior to that position he spent eleven years as the Administrator of Sport Science for the USTA where he developed the sport science program. He also served as Vice Chairman of the sport science committee.

Roetert has published extensively in the field of tennis, including two books, 16 book chapters and well over 100 articles. He is a Fellow in the American College of Sports Medicine (ACSM), a Master Professional with the United States Professional Tennis Association (USPTA) and an Honorary Member of the Professional Registry (PTR). In 1998 he received the PTR's Plagenhoef Award for sport science; in 1999 the Editorial Excellence Award from the National Strength and Conditioning Association for his work on the Journal of Strength and Conditioning and Research; and in 2000 the Outstanding Alumni award from the University of Connecticut. He is also the 2002 Educational Merit Award recipient from the International Tennis Hall of Fame for outstanding service to the game of tennis.

Roetert holds a Ph.D. in biomechanics from the University of Connecticut. Originally from the Netherlands, he and his wife Barbara reside in Miami, Florida.

Todd S. Ellenbecker, DPT, MS, SCS, OCS, CSCS, is the clinic director at Physiotherapy Associates Scottsdale Sports Clinic in Scottsdale, Arizona. A licensed physical therapist, he has researched and taught in the field for 18 years.

In addition, Ellenbecker is a member of the American College of Sports Medicine (ACSM) and the United States Professional Tennis Association (USPTA). He is chairman of the USTA's National Sport Science Committee and is a certified strength and conditioning specialist through the National Strength and Conditioning Association (NSCA). In 2003, the NSCA named him the Sports Medicine Professional of the Year.

He has served as a member of the Thera-Band research advisory committee and is coauthor of The Scientific and Clinical Application of Elastic Resistance. He also has cowritten The Elbow in Sport, World-Class Tennis Technique, and Closed Kinetic Chain Exercise.

Ellenbecker lives in Scottsdale, Arizona, with his wife, Gail. 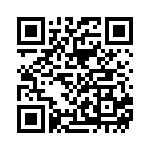