As expected, some good some poor, a few great -Brings back memories of both good and bas- with A few I don't want to think of, not even to myself. Read full review

THE VIETNAM READER: The Definitive Collection of American Fiction and Nonfiction On the War

O'Nan, himself the author of a well-received novel about the struggles of a Vietnam vet to readjust to civilian life (The Names of the Dead, 1996), has compiled a lengthy, varied, and somewhat ... Read full review

Stewart O'Nan was born in Pittsburgh, Pennsylvania on February 4, 1961. He received a B. S. from Boston University in 1983 and received a M. F. A. in fiction from Cornell University in 1992. Before becoming a writer, he worked as a test engineer for Grumman Aerospace from 1984 to 1988. He has written several novels including The Speed Queen, A Prayer for the Dying, Last Night at the Lobster, The Circus Fire, and Faithful: Two Diehard Boston Red Sox Fans Chronicle the Historic 2004 Season. In the Walled City won the 1993 Due Heinz Literature Prize; Snow Angels won the 1993 Pirates Alley William Faulkner Prize; and The Names of the Dead won the 1996 Oklahoma Book Award. Snow Angels was made into a feature film in 2007. In 1996, he was listed as one of Granta's best young American novelists. 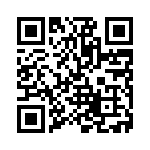