Robert Sheckley was one of the funniest writers in the history of science fiction. He did screwball comedy, broad satire, and farce. He could also be deadly serious, but he was always entertaining and always had something pointed to say about our world using the skewed versions of reality he created in his fiction. Starting in the early 1950s, he was an amazingly prolific short story writer, with a lot of his stories appearing in"Galaxy Magazine". He launched his novel-writing career with"Immortality, Inc"., which he followed up with a sequence of excellent books: "The Status Civilization", "Journey Beyond Tomorrow", and"Mindswap". He continued to produce novels and short stories in abundance until his death in 2005. 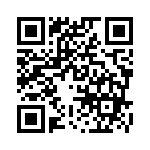