When the Pre-Raphaelites broke upon the British art world in 1849, they became a sensation. Much has been written about this group--William Morris, Edward Burne-Jones, Dante Gabriel Rosetti, and ... Read full review 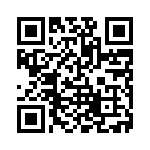