Alan Baker was born on August 19, 1939 in London, England. He is a British mathematician. He is known for his work in Number Theory. He attended the University of Cambridge and is a fellow of the American Mathematical Society. His thesis in 1964 was entitled, Some Aspects of Diophantine Approximation. At age 31, he was awarded the Fields Medal and in 1972 we won the Adams Prize. 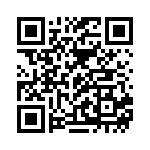