LARRY LANGMAN, a free-lance writer, has taught the art and history of film for many years./e He has written film articles for video magazines and has authored several books dealing with films and film history, including Writers on the American Screen (1986), An Encyclopedia of American Film Comedy (1987), A Guide to Silent Westerns (Greenwood, 1992), and A Guide to American Silent Crime Films (with Daniel Finn, Greenwood, 1994).

DANIEL FINN, a free-lance writer, taught English in New York state for more than 25 years./e He specializes in creative writing and article publishing and was an instructor of composition at Syracuse University. He coauthored with Larry Langman A Guide to American Silent Crime Films. Currently he is working on an analysis of American short story writers. 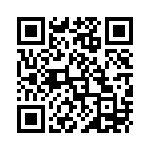