From my CBR5 Review... I should know better than to ever go into Powell’s without a firm agreement with myself that I will NOT buy any books that aren’t already on my Goodreads list. I mean, I’ve got ... Read full review

Essentially an essay on how/why America is not scientifically literate. By science literacy, the authors don't mean able to recall various facts, explain various theories, or get caught up with ... Read full review

Chris Mooney is a contributing editor to Science Progress and author of the New York Times bestseller, The Republican War on Science, and Storm World: Hurricanes, Politics, and the Battle Over Global Warming. He contributes to many publications including Wired, Slate, and The American Prospect. He lives in Princeton, New Jersey.

Sheril Kirshenbaum is a marine scientist and Research Associate at Duke University. Previously, she has served as a congressional science fellow and pop radio disc jockey. She lives in Durham, North Carolina.

Together, they blog at The Intersection (http://www.scienceblogs.com/intersection). 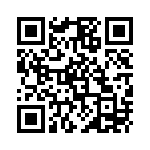