Work over welfare: the inside story of the 1996 welfare reform law

Ten years have passed since President Clinton signed into law the "most radical welfare reform bill ever introduced in Congress" and ushered in a new era in American social policy. This book offers a ... Read full review

Ron Haskins is a senior fellow at the Brookings Institution and a senior consultant at the Annie E. Casey Foundation. A former adviser to the President for welfare policy, he spent 14 years on the staff of the House Ways and Means Human Resources Subcommittee, first as welfare counsel to the Republican staff, then as the subcommittee's staff director. He is the author of Work over Welfare: The Inside Story of the 1996 Welfare Reform Law (Brookings, 2006) and coeditor, with Rebecca Blank, of The New World of Welfare (Brookings, 2002). 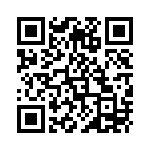