B. H. McLean is Professor of New Testament Language and Literature at Knox College, University of Toronto. He is the author of Biblical Interpretation and Philosophical Hermeneutics (Cambridge University Press, 2012), New Testament Greek: An Introduction (Cambridge University Press, 2011), An Introduction to the Study of Greek Epigraphy of the Hellenistic and Roman Periods from Alexander the Great down to the Reign of Constantine (323 BCE-337 CE) (2002) and Greek and Latin Inscriptions in the Konya Archaeological Museum (2002). He has taught introductory New Testament Greek for more than twenty years in four institutions, using a variety of textbooks, and serves as the Greek examiner for biblical doctoral candidates at the Toronto School of Theology. 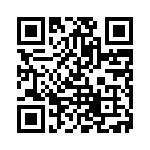