Dr. Paul G. Fendos, Jr., received his Ph.D. in Chinese from the University of Wisconsin ż Madison, where he completed his doctoral dissertation on the Book of Changes. He has almost twenty-five years of experience teaching Chinese Studies at the university and college level and has lived and taught some sixteen years in East Asia, including two stints in the Peopleżs Republic of China on fellowships awarded by the United States Department of State. He presently teaches Chinese Studies at several colleges in the Minnesota State System. 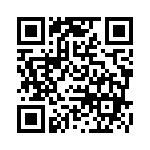