An Oxford-trained historian, Shlomo Ben-Ami had a distinguished career at the University of Tel Aviv before he was appointed Israel's ambassador to Spain in 1987. He later became a member of the Knesset, Minister of Public Security, and finally Minister of Foreign Affairs. He has been a key
participant in many Arab-Israeli peace conferences, most notably the Camp David summit in 2000. 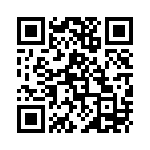