To cut to the chase, the most generic cross-case explanation for why air forces fail in war is magical thinking. Too many powers bought into the more superficial claims of aviation enthusiasts and ... Read full review

Page 28 - Despite all assertions to the contrary, the Polish air force was not destroyed on the ground in the first two days of fighting. The bomber brigade in particular continued to make determined attacks on the German forces up to September 16th.
Appears in 13 books from 1946-2006

Robin Higham (1925-2015) is professor emeritus of military history at Kansas State University. He has authored and edited many works about aviation history, including The Influence of Airpower Upon History: Statesmanship, Diplomacy, and Foreign Policy Since 1903. Stephen J. Harris is the chief historian for the Directorate of History and Heritage at the National Defence Headquarters in Ottawa, Canada. He coauthored The Crucible of War: The Official History of the Royal Canadian Air Force. 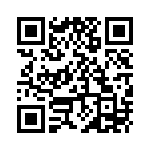