Matthias Breiter is an author, cinematographer and wildlife photographer. Matthias Breiter's award-winning nature photographs have appeared in National Geographic, GEO and numerous magazines.
He holds an advanced degree in biology and is completing his doctorate on bears. The author of nine books that have been translated into seven languages, he has appeared as a guest lecturer at the Smithsonian Institution. 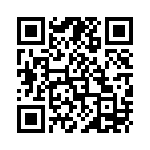