is Emeritus Professor of History at the University of Wales, Swansea. She is currently the editor of The Historian, the journal of the Historical Association and is an Associate Editor of The New Dictionary of National Biography. Her previous publications include Lord Aberdeen: a Political Biography (1983), Lord Palmerston (1987), Pax Britannica: British Foreign Policy, 1789-1914 (1988) and The Scramble for Africa (second edition 1999). She is also joint editor of an English edition of Friedrich Fabri’s Does Germany Need Colonies? (Ed. with Breuning, 1998). 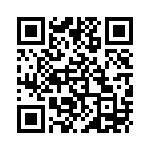