Mario Reading has established a reputation as an original and ground-breaking expert on Nostradamus. He is author of the bestselling Nostradamus: The Complete Prophecies for the Future and Nostradamus: The Good News and has translated and written the ultimate collection of Nostradamus's prophecies in The Complete Nostradamus. His Nostradamus Trilogy--thrillers based on the theme of Nostradamus's fifty-eight missing prophecies--is an international bestseller, with rights sold in thirty-eight countries. He has appeared in several television programmes on Nostradamus for The Discovery Channel, the National Geographic Channel and the History Channel, and has been voted into the Top 100 Spiritually Influential Living People by Mind, Body, Spirit magazine. 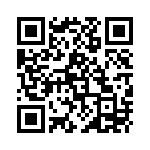