Very complete collection of papers on the subject.

Prof. Dr. Jürgen Garche has more than 40 years of experience in battery and fuel cell research & development. In his academic career the focus was on material research. Thereafter, he worked on and directed cell and system development of conventional (LAB, NiCd, NiMH) and advanced (Li-Ion, NaNiCl2, Redox-Flow) batteries. His experience includes also fuel cells (mainly low temperature FCs) and supercaps. He established the battery & FC division of the ZSW in Ulm (Germany), an industry related R&D institute with about 100 scientists and technicians. His interest in battery safety goes back to the work with the very large battery safety testing center of the ZSW. In 2004 he founded the FC&Battery consulting office FCBAT; furthermore he is a senior professor at Ulm University.

Pat was awarded a Ph. D. for crystal structure analysis in 1968 by the University of Durham, U.K., and a D. Sc. for research publications in materials science, by the same university, in 1994. He worked for 23 years at the Harwell Laboratory of the U.K. Atomic Energy Authority where he brought a background of crystal structure and materials chemistry to the study of lead-acid and other varieties of battery, thus supplementing the traditional electrochemical emphasis of the subject.

From1995 he was Manager of Electrochemistry at the International Lead Zinc Research Organization in North Carolina and Program Manager of the Advanced Lead-Acid Battery Consortium. In 2005 he also became President of the Consortium.

Dr. Moseley was one of the editors of the Journal of Power Sources for 25 years from 1989 to 2014. In 2008 he was awarded the Gaston Planté medal by the Bulgarian Academy of Sciences.

Dr David Rand AM PhD ScD FTSE was educated at the University of Cambridge where he conducted research on fuel cells. In 1969, he joined the Australian Government’s CSIRO laboratories in Melbourne. After further exploration of fuel cell mechanisms and then electrochemical studies of mineral beneficiation, David formed the CSIRO Novel Battery Technologies Group in the late 1970s and remained its leader until 2003. He was one of the six scientists who established the Advanced Lead–Acid Battery Consortium in 1992 and served as its Manager in 1994. As a Chief Research Scientist, David fulfilled the role of CSIRO’s scientific advisor on hydrogen and renewable energy until his retirement in 2008. He remains active within the organisation as an Honorary Research Fellow, and has served as the Chief Energy Scientist of the World Solar Challenge since its inception in 1987. David was awarded the Faraday Medal by the Royal Society of Chemistry (UK) in 1991 and the UNESCO Gaston Planté Medal by the Bulgarian Academy of Sciences in 1996. He was elected a Fellow of the Australian Academy of Technological Sciences and Engineering in 1998, and became a Member of the Order of Australia in 2013 for service to science and technological development in the field of energy storage. 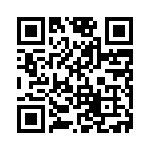