I read this for research for a queer historical fiction novel I'm writing, and it was interesting. Chauncey gives a very detailed, thorough, well-researched account of queer meeting places, attitudes ... Read full review

George Chauncey is professor of American history at the University of Chicago and the author of Gay New York: Gender, Urban Culture, and the Making of the Gay Male World, 1890-1940, which won the distinguished Turner and Curti Awards from the Organization of American Historians, the Los Angeles Times Book Prize, and the Lambda Literary Award.

He testified as an expert witness on the history of antigay discrimination at the 1993 trial of Colorado's Amendment Two, which resulted in the Supreme Court's Romer v. Evans decision that antigay rights referenda were unconstitutional, and he was the principal author of the Historians' Amicus Brief, which weighed heavily in the Supreme Court's landmark decision overturning sodomy laws in Lawrence v. Texas (2003). The recipient of a Guggenheim Fellowship, he lives and works in Chicago. 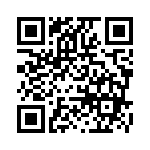