Wallerstein started out as a specialist in African politics, but since the 1970s he has been known for his books on the "modern capitalist world-system." His latest work is a collection of recent ... Read full review

Immanuel Wallerstein is a Senior Research Scholar at Yale University and Director of the Fernand Braudel Center at Binghamton University. Among his many books are The Modern World-System (three volumes); The End of the World as We Know It: Social Science for the Twenty-first Century; Utopistics: Or, Historical Choices of the Twenty-first Century; and Unthinking Social Science: The Limits of Nineteenth-Century Paradigms. 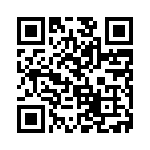