The ESSENTIAL comic strip collection of the 1980's, and the only one that I know of to use the words "Caspar Weinberger" as a punchline. Read full review

Berkeley Breathed is an American cartoonist, children's book author/illustrator, director, and screenwriter, best known for Bloom County, a 1980s cartoon-comic strip. Bloom County earned Berkeley the Pulitzer Prize for editorial cartooning in 1987. He replaced the Bloom County strip with the surreal Sunday-only cartoon, Outland in 1989, which featured some of the Bloom County characters. Eight years later, Berkeley began producing the comic strip, Opus, a Sunday-only strip featuring Opus the Penguin. In addition to his cartoon work, he has also produced seven children's books, two of which, A Wish for Wings That Work and Edwurd Fudwupper Fibbed Big, were made into animated films. Berkeley's writing has also been featured in numerous publications, including Life, Boating, and Travel and Leisure. Berkeley lives with his family in Southern California. 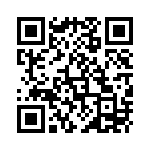