GOT A REVOLUTION!: The Turbulent Flight of Jefferson Airplane

An intriguing composite picture of Jefferson Airplane and its many permutations.Global Rhythm magazine editor Tamarkin doesn't claim to be speaking the gospel of the Airplane here, but instead he ... Read full review

Got a revolution!: the turbulent flight of Jefferson Airplane

Formed by singer Marty Balin and later hijacked by the personalities and politics of Paul Kantner, Jorma Kaukonen, and the larger-than-life Grace Slick, the Jefferson Airplane piloted the 1960s San ... Read full review

Jeff Tamarkin has been a professional music journalist for more than twenty-five years. Currently the editor of Global Rhythm magazine, he was previously the editor of Goldmine, and has written for dozens of other publications. He has also authored more than twenty-five liner notes for Jefferson Airplane-related CDs. He has been and advisor to the Rock and Roll Hall of Fame. He lives in Hoboken, New Jersey, with his wife, the novelist Caroline Leavitt, and their son, Max. 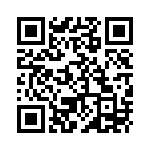