9 pages matching wonder in this book

Edwin Arlington Robinson (December 22, 1869 - April 6, 1935) was a poet. He was born in Head Tide, Maine. Robinson attended Harvard University from 1891 to 1893. Robinson published two volumes of poetry. To make ends meet, Robinson worked as a checker of shale used to build the New York subway system. Theodore Roosevelt later helped Robinson get a job as a clerk in the New York Customs House, a position he held until 1910. Robinson is a three-time winner of the Pulizer Prize: In 1921 for Collected Poems; in 1924 for The Man Who Died Twice, and in 1927 for Tristram. Robinson died of cancer on April 6, 1935 in the New York Hospital (now New York Cornell Hospital) in New York City. 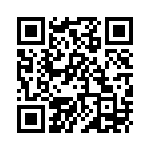