A History of The Arts I was a little confused when I first started reading this book as I was expecting more of a cultural studies analysis of Canadian Culture. Instead, the book is a historical ... Read full review

\
Jonathan F. Vance holds the Canada Research Chair in Conflict and Culture in the Department of History at The University of Western Ontario. His books include Unlikely Soldiers: How Two Canadians Fought the Secret War Against Nazi Occupation (2008), Building Canada: People and Projects that Shaped the Nation (2006), and High Flight: Aviation and the Canadian Imagination (2002). His 1997 monograph Death So Noble: Memory, Meaning, and the First World War won the Sir John A. Macdonald Prize, the C. P. Stacey Award, and the Dafoe Book Prize. 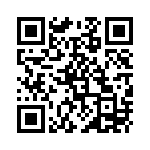